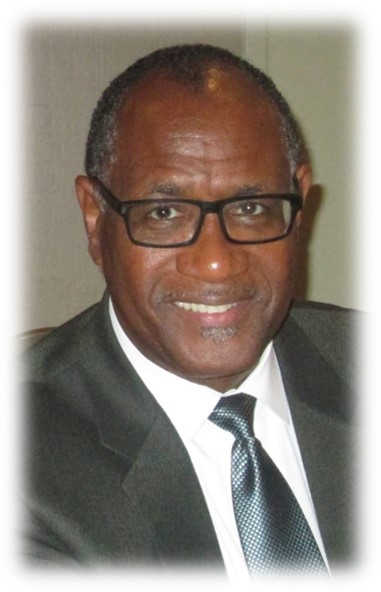 I am blessed to have an opportunity to serve as the pastor of Cote Brilliante Presbyterian Church.

As a native of St. Louis, I began participating in youth activities at West Presbyterian Church in 1967.   In 1970, as a college student I was invited to participate in Boy Scout Troop 5 at West (one of the oldest established troops in St. Louis).  In 1972, I became Scout Master and served in that capacity for two years. Upon college graduation I was employed with the Monsanto Company in agricultural research and human behavior studies, and later with the Ford Motor Company in Hazelwood, MO, as a Director of Transportation.  In 1980 I left the corporate world and returned to family business in clothing manufacturing and construction trucking. In 1982 I accepted the “Call” to ministry.

I continued to serve in ministry at West Presbyterian Church under Dr. Jordan. Upon her resignation in 1998, she recommended to the Session of West, that I be allowed to serve as an intern or temporary pastoral leader of West, under the supervision of Reverend Gillespie.  The Session accepted her recommendation and the Presbytery approved. In 1999, I completed the Master of Divinity Program at Eden Theological Seminary, in St. Louis and successfully completed certification with the Presbyterian Church, U.S.A.

When opportunities to serve at West Presbyterian Church ended, I accepted an offer to serve at the New Sunny Mount Baptist Church, as Pastoral Assistant and Administrator.  This position was held for seven years, through January 2014.

In June 2013 I accepted the invitation to serve as First Responder of Cote Brilliante Presbyterian Church to fill the pulpit and to serve the church part-time.  Initially, this assignment was for six weeks, but lasted over eight months.  In February 2014, the Committee on Ministry of the Presbytery of Giddings-Lovejoy advised and approved me for the full-time position and title of “Stated Supply Pastor” of Cote Brilliante.    I was ordained and installed as designated pastor in 2015 and officially installed as Pastor in February 2018.  In August 2020 I completed the Doctor of Ministry program at Eden Seminary.

Sacrament of the Holy Communion:
First Sunday of each month

View Our Calendar
Scroll to Top